A great Lynch’s fan, Adriano Emi, has reported me several interesting news about the Twin Peaks tour strongly wanted by the executive producer Sabrina Sutherland. Adriano, who had the chance to interview one of the coordinators of the tour, Ben Jackson, and Sabrina in person during the Twin Peaks Festival 2018, has immediately accepted my proposal to write an article about it. Something is about to happen in our land as well? Enjoy the reading, Lynch’s fans!

2018 has been not only the year of the biggest Twin Peaks Festival ever in the world (25 celebrities on the real locations of the set!) and of the Twin Peaks panel at the Comic-Con in San Diego: this year represents also the landing of many stars of our beloved series in Oceania. We’re talking about a huge financial promotion post-object that gives us great expectations about the chance that something is about to come into the Lynch’s universe. That the producers want to unleash the planetary enthusiasm to stimulate and probe the demand for another work by Lynch or even a further follow-up to Twin Peaks? The question is legal.

It all started last June, at the Dark Mofo Festival, in Tasmania, with the arrival of Chrysta Bell, Rebekah Del Rio and the construction of a Bang Bang Bar: a resounding success of social buzz (especially by whom, for the distance, could not attend), which was soon followed by a video-announcement that has circulated in the globe…

END_OF_DOCUMENT_TOKEN_TO_BE_REPLACED

I’ve got a message for you from Blake Morrow and Kenneth Phillips. If you want more Twin Peaks, 11/9 is the day! Join us and share the news! 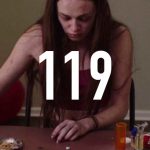 Thursday, November 9th 2017: #119 #oneonenine
Hey fan family. We have an idea we hope you can take part in.
On Thursday, Nov 9th, it will be 11/9, or 119. We can’t think of a better day for all of us Twin Peaks fans to officially ask, en masse, for a 4th season of Twin Peaks. END_OF_DOCUMENT_TOKEN_TO_BE_REPLACED

This article contains spoilers regarding the second part of Twin Peaks but doesn’t reveal what is to come next.

When that dark man appeared in jail we all were like the waiter from the missing pieces: the shit come out of our asses! In the credits and on IMBD there is no mention of the actor who played that weird character. Another unexpected cameo written by DL & MF after the creepy Buella (Katleen Deming) seen in Part I.

We still don’t know who is and what represents the man in jail, immediately the forums about the return of Twin Peaks were filled with the most different and interesting theories, at least for now the biggest mystery is solved, he accepted to answer our questions. Let’s meet him! END_OF_DOCUMENT_TOKEN_TO_BE_REPLACED

Andrea Abbatista is an Italian actor and director, and a Lynchian DOC. He made his debut on stage in the role of Dr. Treves in The Elephant Man and is now writing a play about Orson Welles. His video-tribute to Twin Peaks is really something!, to put it as Dale Cooper.
I have the honor to present a very first preview of the Lost Poet. He has a symphony of words for us, as stated in the suggestive subtitle. Make yourself comfortable (but not too much) and start the video. Coming up, an interview with Andrea, who speaks among other things, about how this project was born and developed. Are you ready to get back into the Black Lodge?

Poems Between Two Worlds – A Symphony of Words for David Lynch from Andrea Abbatista on Vimeo.

Hi Andrea! Introduce yourself to the readers of davidlynch.it. [Who are you? What do you do? What are your past and future projects?]
First of all, I want to thank you for the rare opportunity you’re giving me.
My name is Andrea Abbatista, I’m an actor from Milan, who occasionally dedicates to directing, my very first big love.
END_OF_DOCUMENT_TOKEN_TO_BE_REPLACED

Chrysta Bell is her first name and full professional moniker. We saw her for a second in the first Twin Peaks behind-the-scenes featurette, and she charmed us. Since INLAND EMPIRE‘s Polish Poem,  she is David Lynch’s musical muse. Their collaboration gave us the critically acclaimed album This Train in 2011 and now an EP of new material, Somewhere in the Nowhere. Her role in the highly anticipated new Twin Peaks series on Showtime is still a mystery (as everybody’s role) and her gig at Naples in October was too dreamy.

Ciao, Chrysta! The first article of davidlynch.it (entitled “Do not sit too close to the TV”) was about my first encounter with the work of David Lynch, the precise moment when I fell in love with his world. I invited readers to tell me about their own “first moment” and now there is an amazing collection of their stories and feelings. So, first of all, I ask you: how did you meet David Lynch’s work for the first time? How did you feel about it?
My first encounter with David’s work was through the original airing of Twin Peaks, and though I was too young to catch the nuances and perceive the sophistication of the show, I was enthralled with the way the music and the imagery conspired to create a stirring inside of my little body. I was hooked from the first few measures of the music with the opening imagery of the show. It was an awakening of sorts to the power of what imagery and music can do beyond simply entertain.

In a very touching video (in “Twin Peaks Definitive Gold Box Edition”) Angelo Badalamenti describes the way Laura’s Theme took life. On one side there was Lynch describing his feelings to Angelo, and Angelo at the piano translated them into music. Every song has different origins, I guess, but could you please tell us how you work with Lynch? How your worlds collide?
END_OF_DOCUMENT_TOKEN_TO_BE_REPLACED